Many women have questions about the crazy havoc menopause wreaks on their body, but feel weird bringing them up. So we got top docs to answer a few.

1. I basically never want to have sex anymore. What gives?

This is a common complaint as women approach menopause, says Jason James, MD, a board-certified ob-gyn and chief of obstetrics and gynecology at Baptist Hospital in Miami says. “Hormonal changes can result in a drop in free testosterone, the hormone responsible for libido. This, coupled with physical changes and new life stressors can cause women to complain of a drop in or lack of desire for sexual intimacy,” he says. There are some medical options for treatment, but most solutions involve working together as a couple to ensure foreplay and intimacy are prioritized. These are habits of couples with steamy sex lives.

2. It feels like I can’t orgasm as easily anymore. Not cool. What can we do about this?

This is a common issue for many menopausal women. Steven A. Rabin, MD, a board-certified ob-gyn in Burbank, California had a patient who ceased having orgasms altogether once she hit menopause. He shares, “It turns out she had severe [vaginal] atrophy. The thin, dry skin had shrunk so much it covered over her clitoris, a condition called clitoral phimosis. We were able to help with local estrogen cream and after six weeks she was back to her old self.” According to the Boston University School of Medicine, approximately 25 percent of all women treated for sexual dysfunction suffered from what was medically termed clitoral phimosis.

3. I sometimes leak urine or even race to the bathroom but don’t make it and have an accident. Is this something I have to live with?

Dr. James says that the hormonal changes of menopause can cause atrophy in the tissues of the vagina and pelvic floor, which can lead to episodes of incontinence with certain activities such as coughing, laughing, sneezing, or jumping. This is called stress urinary incontinence because of physical stress on the pelvic floor. “In addition, hormonal changes can exacerbate overactive bladder symptoms, which cause sudden urges to urinate or leaking before reaching the restroom. Treatment options include bladder retraining, physical therapy, exercises such as Kegels, or surgery,” he says.

4. I know that women get night sweats, but I drench my pajamas and bed sheets constantly. It’s annoying and embarrassing. What can I do?

Night sweats are another form of hot flash that come with perimenopause. Hot flashes, including night sweats, can vary from rare occurrences to dozens a day. Dr. James recommends nutritional supplements, prescription medications, and hormones that can alleviate these symptoms, along with regular exercise, diet modifications, and use of a fan in the bedroom to promote air circulation.

“Vaginal atrophy, a symptom of menopause, can cause vaginal dryness, which leads to pain during intercourse. This pain can cause a feedback loop, which results in a lack of desire to have sex. Increased foreplay, use of vaginal moisturizers, lubricants, hormones, or other medications can all lead to improvement of this common complaint,” says Dr. James. And Dr. Rabin takes this further by saying, “Menopausal women experience a peak in their dryness and pain with sex about four years after their final period. The loss of elasticity leads to the inability to accommodate their partner even with gobs of lubrication.” 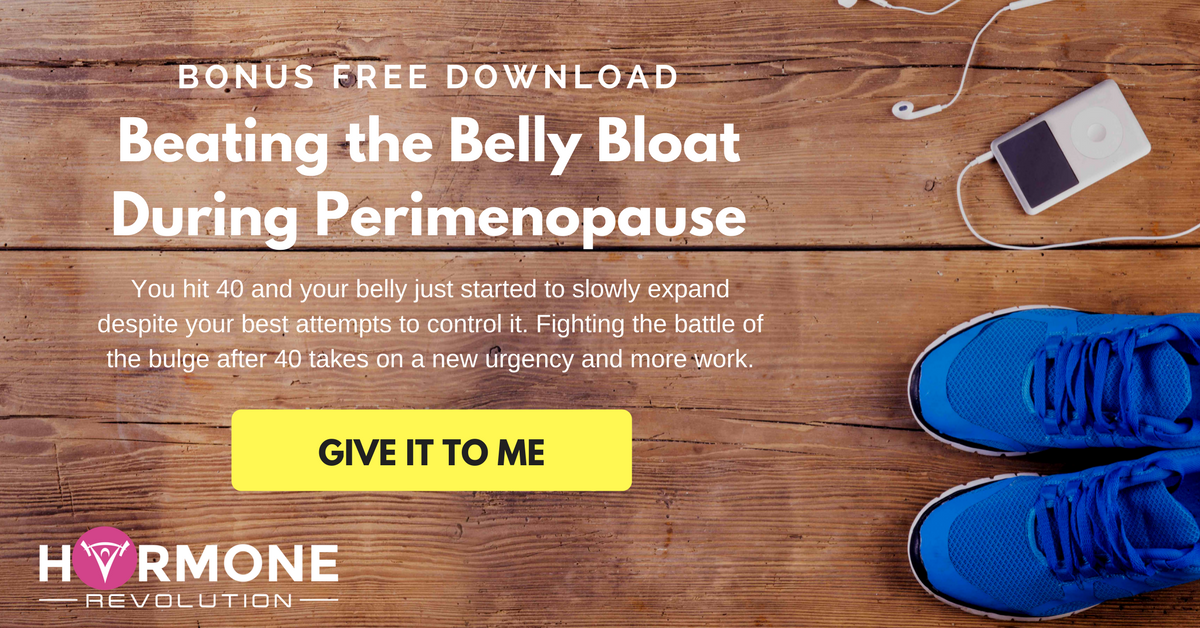 6. I’m gaining weight even though I am exercising as much as ever and my eating habits have not changed…Ugh!

Many women experience a decrease in their metabolism that accompanies menopause. “A diet and exercise regimen that once allowed for weight maintenance might now need to be tailored for stricter calorie restriction, carbohydrate reduction, or increased exercise to yield the same results,” says Dr. James. Belly fat can be a particularly frustrating menopause body change.

7. Holy mood swings! Sometimes I feel like a teenager all over again.

“Severe emotional outbursts or mood swings, can have significantly detrimental effects on interpersonal relationships as women journey through menopause. Simply recognizing these mood changes can go a long way in minimizing their impact,” says Dr. James. He recommends exercise, nutritional supplements, cognitive and behavioral therapy, along with medications such as antidepressants or hormone replacement therapy to minimize the effect of these mood changes.

Thinning hair happens to about half of all women by age 50, and up to 15 percent of women have unwanted hair growth on the face, according to the North American Menopause Society. Unwanted facial hair is called hypertrichosis. It’s very common during and after menopause; another result of hormonal changes. Dr. James says that a thorough review of a patient’s medication regimen and laboratory tests can help pinpoint common causes of hair loss in women and that there are many options available for treatment so see your doctor or seek out a specialist that concentrates on female hair loss.

9. It’s so uncomfortable: I have constant vaginal burning and itching. Make it go away!

Dr. Rabin says that every day he has conversations with his patients between ages 40 and 70 about this very issue. “Menopause is marked by the retirement of the ovaries. When they stop producing hormones, specifically estrogen, many of the tissues in the body begin to change. Vaginal dryness, itching and cracking make it difficult to go through the day.” He recommends vaginal moisturizers, local estrogen therapy, systemic hormone therapy as well as other non-hormonal prescriptions based on your needs and goals.